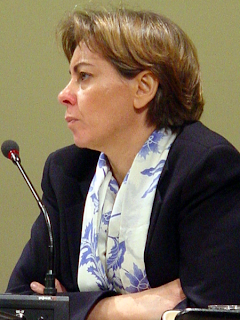 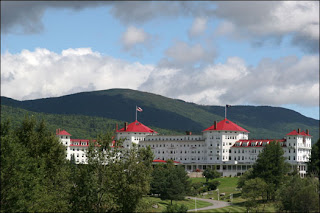 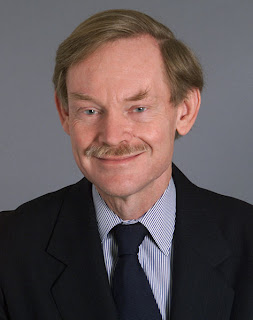 No answers? The connect is actually The World Bank. The woman in the first pic is Shaha Riza, whose notorious affair with Paul Wolfowitz led to the latter's resignation as World Bank Head. The building is the Mt Washington Hotel at Bretton Woods, where the conference to institute the Bank was held after World War II (The recent G-20 meeting is known as Bretton Woods II). The last pic is of Robert Zoellick, the current Head.