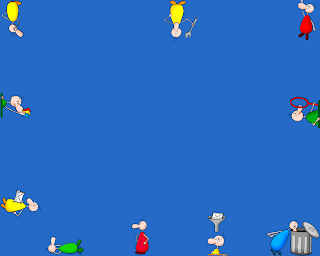 Answer: Zoozimps
Check out themes for GMail. They're there over there. No one knows who/what they are or why they're there. They're not even listed on wiki.
Also, check out www.zoozimps.com

An easy connect, which i hope will bring this blog back to life. 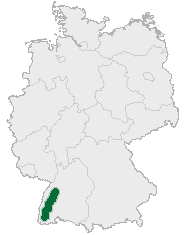 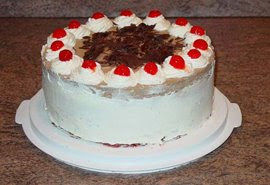 Answer: Black Forest.
The green portion in the left picture is the Black Forest, in Germany and the pic on the right is just a good old black forest cake.

Answered correctly by NWO and Ajay
Posted by shridhar at 1:06 PM 2 comments:

Name the company who's logo is shown below. 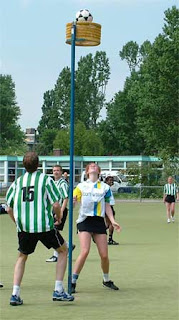 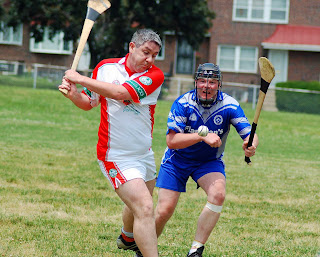 Is it just me, or is there an overdose of picture questions of late?

Korfball cracked by Shocky.
Posted by shridhar at 12:21 AM 4 comments:

.. and state it's rather sinister purpose, also. 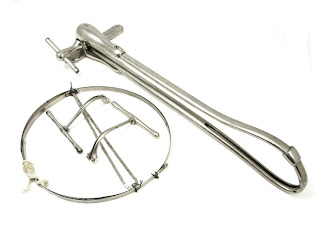 A slightly arbit one for today: What has been blanked out in Red - Whose 'death' has been cartoonized?
Clue: It all started with Johannes Gutenberg. 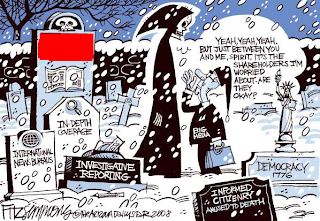 How do we know him better? I am looking for a two-word answer. 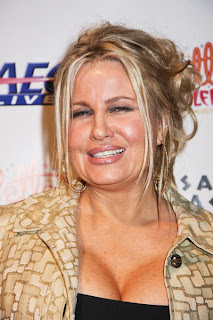 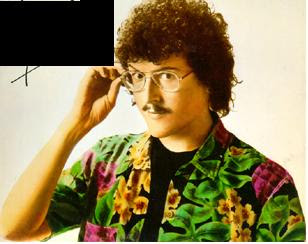 Identify this rather famous person, in his "classic" look. 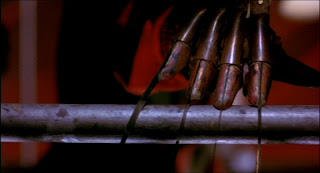 Photo shows a dude protesting against Y. Clicked by X - won him a Pulitzer.

Where would most rock fans have encountered the image? 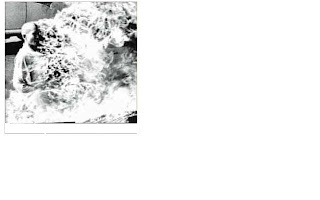 PS: Couldn't come up with a better question due to exams. Please bear for 2 more days :)

Connect - Tennis Grips. Went uncracked! QM gets a brownie for this one! :)
Posted by apraman at 3:10 AM No comments:

Thermo Dynamite for me!!

no pics, no connects. Straightforward question and gimme the answer....

He is the person who disproved Caloric theory of heat. He began life as xxxxxxxx xxxxxxxx of Massachussetts. At 19, he married a wealthy widow of 30. He served the British during the American Revolution and sttled in Europe after the war. He became Minister of War for Bavaria, where he earned extra money by spying for the British. In 1798 he travelled to London, where he founded the Royal Institution, which became on of Britain's leading scientific laboratories. In 1805, he married the widow of Lavoisier, adding further to his wealth. His will left money to Harvard to establish the chair of Physics in his name, which still exists. Who is he?

PS-high compre fever and so the question is a straight lift from my textbook! :P This hopefully compensate a little bit for my miserable performance in Thermodynamics. Atleast our instructor cant say I didn't read the textbook! :P again

Cracked by sumo
Posted by Anand Shankar at 12:17 AM 2 comments:

Easy one to begin the week with. What's the story ?

A - is the name of a movie starring Phadra Collins about 2 teenagers who skip school to wander through the city.

Clue: More like the answer than a clue, this one!