The beginning of everything...

This is the alleged and mostly untrue origin of a very famous word...

In 1791 a Dublin theater owner made a bet in a pub that he could introduce a word into the language within twenty-four hours. He then went out and hired a group of street urchins to write the word he'd created, which was a nonsense word, on walls around the city of Dublin. Within a day, the word was common currency and had acquired a meaning (since no one knew what it meant, everyone thought it was some sort of test) and He had some extra cash in his pocket. However, there is no evidence to support the story, and the term was already in use before the alleged bet in 1791.
Name the word...

Answer: Quiz.
A very simple one. Cracked by all.
Posted by Nidheeshwar at 7:13 PM 6 comments:

43:LAN is useless without you dear...

The first company to make software that supported this protocol was called NeoModus through their software called NM. NeoModus was started by Jonathan Hess in November, 1999 as a company funded mostly by adware while he was in high school. Later, Hess rewrote it the application as open sourceware with goals of support for MDI interfaces. Basically it is text-computer based , where commands and their information is sent in clear text, without encryption. Name the protocol.

Answer is DC or Direct Connect
cracked by deepu and ajay
Posted by Anand Shankar at 6:50 PM 3 comments: 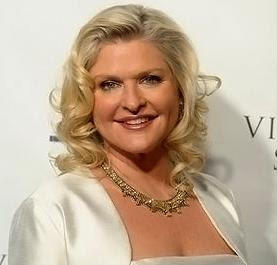 Who is this secret keeper? :P


This is Sharon Turney, CEO of Victoria's Secret
Answered by Ankit Aggarwal and partly by Tanaya
Posted by Anand Shankar at 5:34 PM 2 comments:

When John Tawell murdered his mistress in 1845 for fear of his relation becoming known, he became the first person to flee a crime-scene by a railway train. But he was captured and the technology which enabled the authorities to capture him became popular and was not just used to apprehend criminals, but also by the common man(that rules out fingerprinting). Which technology is this?

Answer-The Telegraph. It was used to telegraph from Slough to Paddington Railway station, the decription of John Tawell

This song and music video have been interpreted as a rebuttal to criticism of the baby boomer generation, from both its preceding and succeeding generations, that they were responsible for much of the world's problems.
The singer explained that he wrote this song due to his interest in history. He commented that he would have wanted to be a history teacher if he had not become a musician. Unlike other songs, the lyrics were written before the melody, owing to the somewhat unusual style of the song (most of the lyrics describe events, places and people.)
Released in 1989, the song was a huge commercial success.
Very easy question. Name the song and the singer.