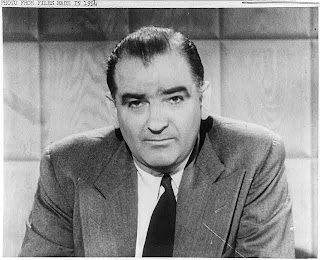 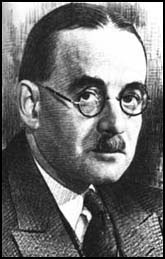 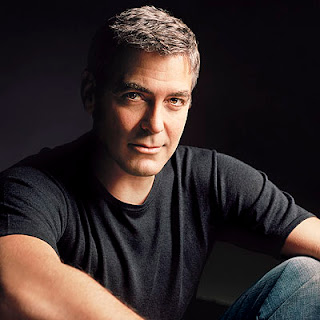 The pics are- Joseph McCarthy, Harold Laski and George Clooney
connection-Harold Laski dedicated his book to Edward Murrow, who was a strong critic of McCarthy and infact, McCarthy in his rebuttal to Murrows criticisms, said that Murrow was a communist who supported Laski and used the fact that Laski dedicated his book to Murrow to convince people, but Murrow replied that it was done out of admiration for his work and not because he supported Laski. George Clooney ofcourse directed and acted in the movie Good Night and Good Luck, which depicted the Murrow-McCarthy face-off. George Clooney played the role of Fred Friendly, a close associate of Murrow.

Interesting fact- One of India's Prime Minsters said that at every cabinet meeting, one chair is kept empty for the ghost of Harold Laski!(due to the sheer number of Indian politicians and leaders he had taught)
Posted by Anand Shankar at 11:17 PM

Clockwise from top: Joseph McCarthy, Harold Laski and George Clooney. But I am unable to come up with a connect. Umm.. is the connect the movie 'Good Night and Good Luck' ?