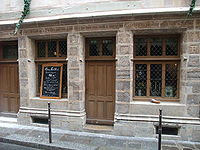 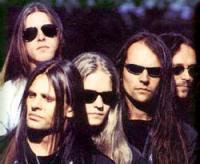 The answer is Nicolas Flamel.
Picture 1- Nicolas Flamel's home in Paris, supposed to
be one of the oldest buildings there
Picture 2- The symbol is called "Flamel" and features prominently
in the popular anime "Fullmetal Alchemist"
Picture 3- Morgana Le Fay, a band who brought out a
concept album called Grand Materia, based on Flamel
Cracked by no one.

Posted by shalinilahiri at 1:42 AM